What is wrong with this graph? 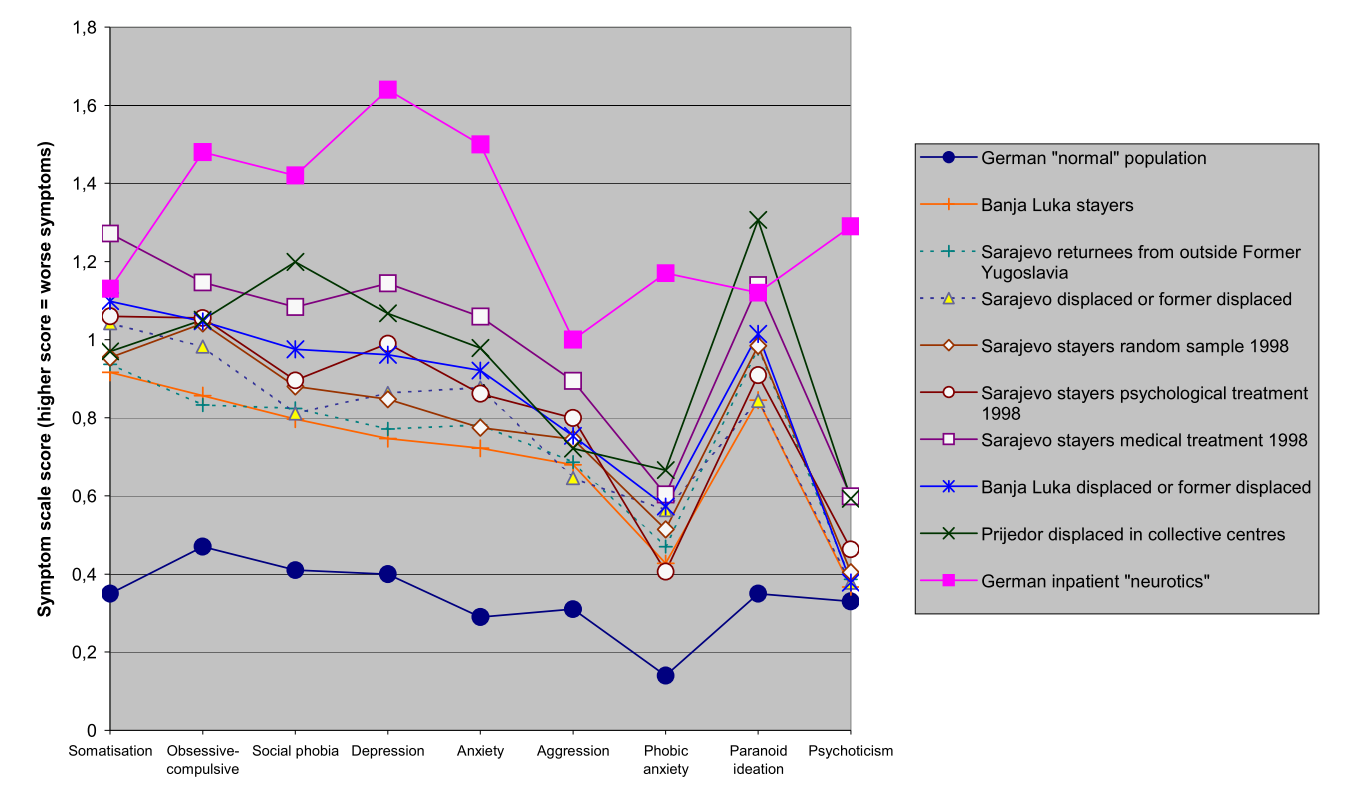 This is a graph from our surveys with the University of Munich in B&H about ten years ago. In previous presentations (but not in peer-reviewed journals) I have talked about the peak on the subscale of Paranoid Ideation for the B&H samples.
But looking at it again I see that this is partly an illusion and it is due to the fact that I broke the rule of never implying a continuous scale (the x-axis) where there isn’t one. Paranoid ideation only looks so high because it happens to be squeezed in between two unrelated scales which happen to have lower scores.

Openstreetmap shows streets for B&H, can be used on android phones Slight problem using GPS in B&H is that the google maps data is useless, only has about two streets. Garmin has good data but it is expensive

Students in predominantly ethnic minority classes want segregated education very much. The others don’t. I just did this for what will hopefully be a book chapter on our Divided Education - Divided Citizens research project with NEPC. Explanation
Tweets by @stevepowell99
This blog by Steve Powell is licensed under a Creative Commons Attribution-ShareAlike 4.0 International License, syndicated on r-bloggers and powered by Blot. Privacy Policy.